The Rise of NFTs

...and then there are NFTs.

It may seem like NFTs only came into the picture in 2021, but these unique digital assets have actually been around for several years now.

A series of high-profile NFT sales this year, along with eye-popping price tags and world-changing virality has propelled this digital phenomenon into the spotlight and right into mainstream media frenzy.

It’s no wonder then that it got everyone asking - what in the world are NFTs and how did they start?

Simply put, NFTs or non-fungible tokens are one-of-a-kind digital assets. Their complete historical and transactional data are stored on a digital ledger called the blockchain, which certifies the assets to be unique and not interchangeable.

NFTs can cover a wide range of things, with one of the most popular being digital arts like Beeple’s The First 5000 Days, which sold for a staggering US$69.3 million when Christie’s auctioned it last March.

Another good example is the NFTs created by crypto artist Josie, where her two pieces of crypto art called “Choose #4” and “Choose #5” look the same but are entirely different and unique masterpieces stored on the blockchain.

Also known as Bitcoin 2.x, colored coins are digital assets made up of small denominations of bitcoin, which can be as small as a single satoshi. While some do not consider them as NFTs per se, they paved the way for values and assets to be tokenized on the blockchain.

The concept behind colored coins revolves around these fractional bitcoins being “colored” with specific attributes, which effectively turns them into tokens. This is made possible by creating a layer on top of the core Bitcoin protocol to accommodate a new set of information about coins being exchanged.

Colored coins can represent a range of assets, such as property, coupons, digital collectibles, and shares of a company among others.

While colored coins showed the world another potential of Bitcoin’s capabilities unseen before, it has one significant flaw - they can only represent specific values if everyone agrees on their worth.

In a Medium article by crypto analyst and Sfermion founder Andrew Steinwold, he explained that colored coins are only as strong as its weakest participant, and that the moment one participant decides they no longer want to attribute the value of what that colored coins represent, the system falls apart.

Quantum is regarded by many as the world’s first NFT ever minted, although at the time it was created, the term NFT was still not coined.

It is a pixelated octagon-shaped animation by New York artist Kevin McCoy that was minted on the Namecoin blockchain back in May 3, 2014, and became the first work associated with NFT-type certificate of ownership back in May 2014. It was recently sold for an impressive US$1.4 million during a Sotheby’s auction in June of this year.

In the same year, the peer-to-peer financial platform Counterparty was launched. It allowed asset creation and had a decentralized exchange, which provided users with a way to create their own tradeable currencies, and had several projects and assets under its belt including a trading card game and meme trading.

Dubbed as an NFT game almost as old as Ethereum, Etheria was the first full-blown NFT project that was demonstrated live at DEVCON 1, Ethereum’s first developer conference, back in October 2015. It was launched just three months after the launch of the Ethereum blockchain itself.

Etheria.world presents users with a virtual open world made up of hexagonal tiles that can each be bought, sold, and built on as NFTs. While each hexagonal piece was sold for 1ETH and worth less than a dollar back then, it has come a long way with someone recently bidding 70 ETH for a single tile, which as of October 19, 2021, is worth around US$266k.

Another prominent development that left a significant mark in the NFT timeline is the launch of the Spells of Genesis game on the Counterparty platform. It is the first blockchain-based mobile game that combines trading card game functionalities, together with point-and-shoot aspects of arcade games.

Spells of Genesis pioneered the issuance of in-game assets on a blockchain via Counterparty and was among the first companies to launch an ICO.

At this point, Counterparty has become the go-to platform for all things NFTs. It was also during this time that meme economy became a thing, with the most popular memes being sold and traded for real-world money.

Enter Rare Pepes, which are unique illustrations and photoshops of the character Pepe the Frog, and treated like trading cards. Rare Pepes used to be valued using a fictional currency called Good Boy Points on 4chan until the creation of Rare Pepe Wallet, which utilized the Counterparty system.

With the Rare Pepe Wallet guaranteeing that “no Pepe can be stolen or duplicated”, Rare Pepes are now worth real money, with one going up to as much as US$11k.

Force of Will, another popular trading card game, was developed in the same year in collaboration with Counterparty, and was a significant development as it signaled the value of putting assets on a blockchain.

The year 2017 was a pretty exciting time in the cryptocurrency space. Not only did it see Bitcoin reach US$20k ATH for the first time, it also ushered in a lot of new significant NFT projects propelled by the growing prominence of the Ethereum platform.

One of these projects is CryptoPunks by Larva Lab, which were composed of 10,000 unique characters created on the Ethereum blockchain and originally given away for FREE to anyone with an Ethereum wallet who claims them.

Considered as one of the most popular OG NFTs, each CryptoPunks character is now worth staggering amounts, with the most expensive going for up to US$11 million.

It was also during this year that the famous CryptoKitties was launched on Ethereum and infamously congested the whole network to the point of spiking up the number of transactions six times the normal amount. Every CryptoKitty is an NFT that can fetch eye-watering prices of up to six figures.

Curio Cards, an online art show and gallery for digital masterpieces, was likewise launched on Ethereum in the same year. The project aims to create a new model for the creation and ownership of digital artwork, which allows digital artists to create unique pieces of rare collectable art, get directly paid for their work, and interact with collectors in new ways.

Decentraland is another prominent name that was launched in the same year, which allows users to create, explore, and trade in a virtual world owned by them. Everything within the Decentraland ecosystem is an NFT that can be sold and traded.

In 2018, the very popular play-to-earn NFT game Axie Infinity was launched. It is a Pokemon-inspired universe where every monster and piece of gear is an NFT that can be sold in marketplaces. It also lets users earn tokens with real-world value through skilled gameplay - another feature that caused its popularity to soar during Covid as developing countries face growing unemployment rates brought about by the pandemic.

Nike secured a patent for “CryptoKicks” in December 2019, which denotes the pairing of a non-fungible token with physical shoe release and tokenizes ownership of exclusive pairs on Ethereum.

If you’re in the dark as to why someone would bother NFT-ing their Nikes, the project doesn’t come as such a surprise when you take into consideration how much some pairs could go for, with the most expensive pair of Nike shoes, the Solid Gold OVO x Air Jordans, going for $2million. Not so unreasonable now, eh?

Aside from certifying shoe ownership, another added bonus is that these NFTs will be able to record specific “genotype” information related to every pair, including colours, designs, and style attributes.

The result? Owners will be able to set limits on the number of clones that can  be produced, as well as grant rights to third parties who will be able to combine shoe designs - sort of like CryptoKitties but shoes.

While Nike is going for shoe collectors, it only seems logical that the sports industry would follow suit, bringing with them another NFT market - the NBA fanatics and NBA collectible card connoisseurs.

Think virtual trading cards that contain official individual NBA highlights whose ownership will be stored on the blockchain, making it virtually unquestionable, with the possibility of the virtual cards fetching unbelievable prices from other avid collectors.

This year has ushered in a golden era of NFTs, with several prominent digital arts, crypto-assets, and all kinds of amazing things you can imagine being turned into NFTs and making the news for raking in eye-watering prices.

Case in point? RedFOX Lab's very own metaverse, RFOX VALT, where every shop, every asset, and basically everything within the ecosystem is an NFT.

RFOX VALT recently held a public land sale for 25 shops in its Callinova quarter back in September, with one shop raking in an impressive bid of US$129,716.58.

If that's not enough to make your head spin when it comes to all this NFT talk, here's more Twitter CEO Jack Dorsey also sold his first tweet as an NFT for US$2.9 million in March this year, Nyan Cat meme sold for  US$580k, Doge meme fetched US$4 million, CryptoPunk #7523 closed with a US$11.7 million deal, and the list goes on.

Just as cryptocurrencies have started revolutionizing digital services the moment Satoshi Nakamoto introduced Bitcoin and blockchain technology years ago, NFTs are also overhauling the current way we look at creating values, recognizing worth, and immortalizing ownership.

While it still remains to be seen how far NFTs will push boundaries in terms of rewarding artists, incentivizing collectors, and levelling the playing field for all creators to enter the global market, the wheels have turned.

NFTs have shown the world its potential, and now it’s just a waiting game to see how far they can go. 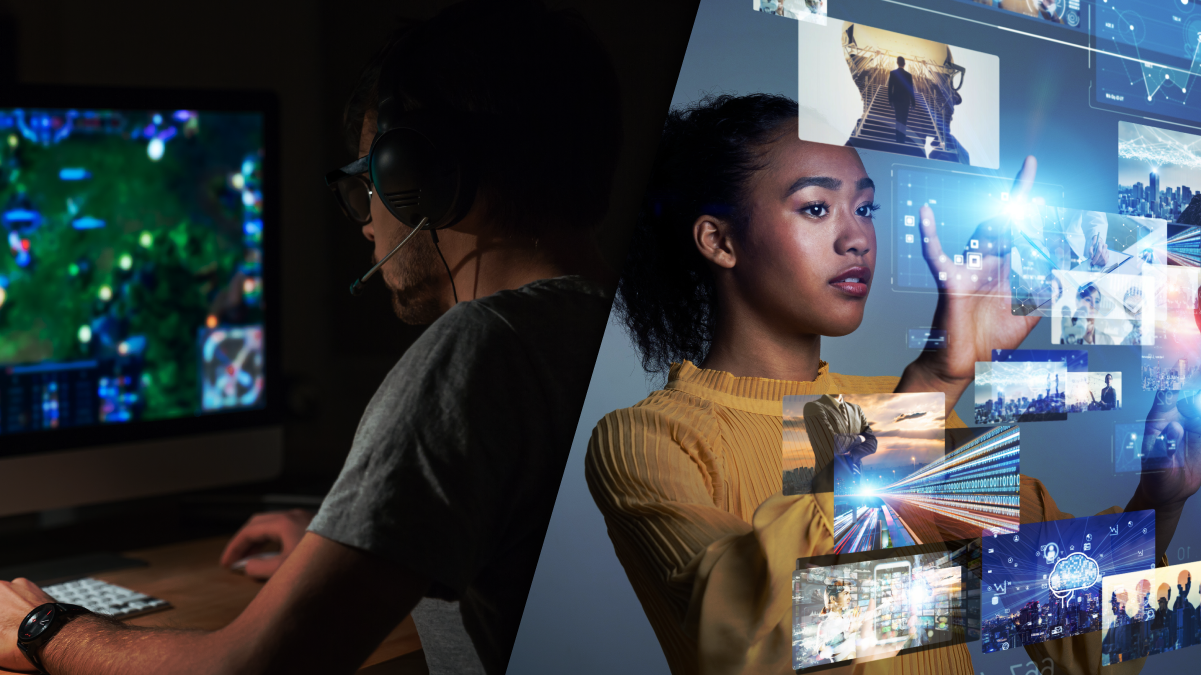 Changing the Rules of the Game:  Blockchain Gaming and Play-to-Earn Games Explained

Just a few years ago, everyone’s concept of video games was pretty simple and straightforward - we buy a game to play the game. Today, that concept is slowly being overtaken as the tech world makes its way to the gaming industry. 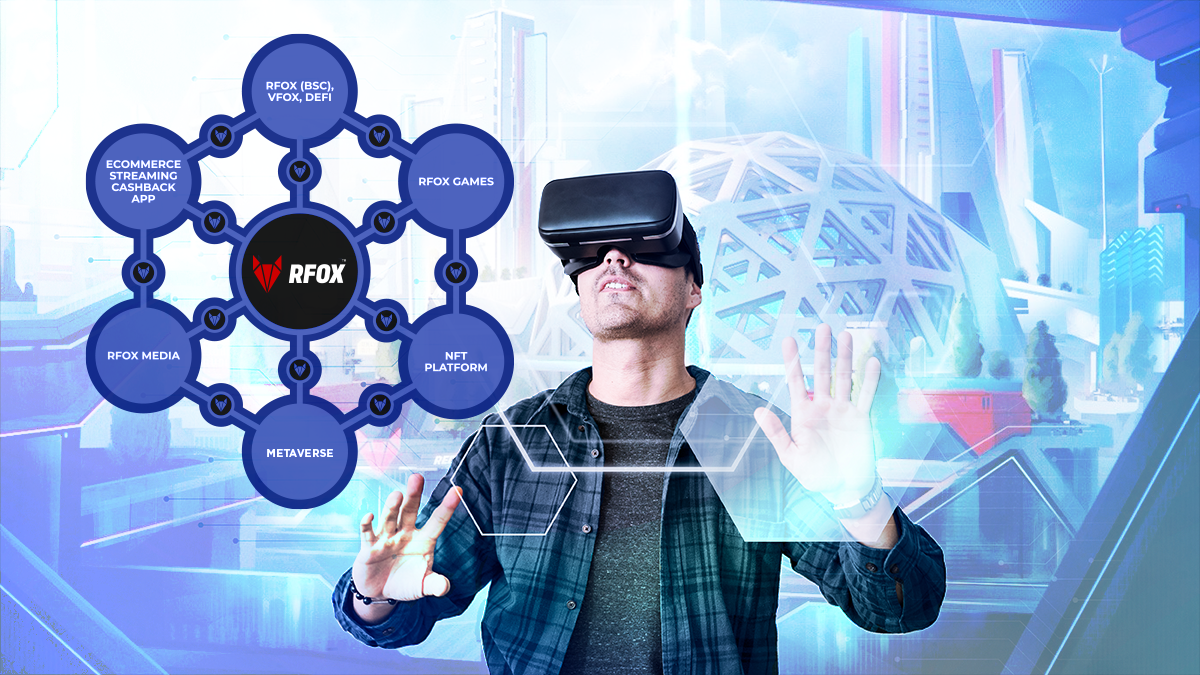 RFOX Presents: A Metaverse for Everyone, Part 3 – The RFOX Ecosystem’s Role and Vision

In the final part of this series, we talk about RFOX’s vision and planned actions in the metaverse, as well as the rationale behind the focus on the metaverse. 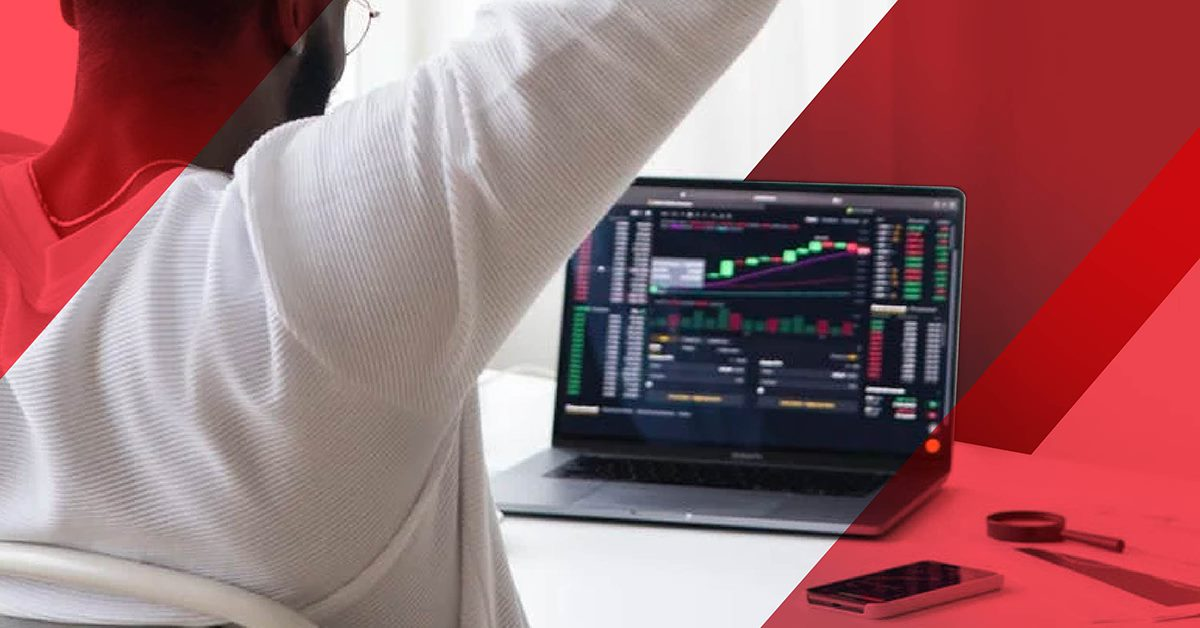 Livestreaming Into the Future of E-commerce and Cashback

RFOX jumps into their next venture which is an e-commerce and streaming app. As explained by the CEO and CoFounder of RFOX in their Youtube channel, it started in China way back in 2016, which hailed them as the King of e-commerce streaming.